Everyone knows about Google Camera, whether it’s an Android user or an iPhone user. GCam is one of the apps in the world which disrupted the smartphone market in the year 2016. Google created the app as a default app for its all-new Pixel devices.

Well, the flagship Pixel device was not able to create much impact. Still, its default camera app, also known as GCam, gathered a lot of attention. A lot of users asked Google if the app can be downloaded on any other Android app. Well, Google never answered officially, but by looking at the app’s development, we can easily say that it was never meant to be used for every Android device.

Google creates Google Camera specifically for a particular Pixel series. In a way that no one can share its most incredible innovation like any other app on the play store.

These modded apps serve as duplicates of the Google Camera app. Unfortunately, they couldn’t deliver the features as the original would have provided. The good thing is, the Android users have at least some of the features to try on their devices. And having something is always better than having nothing.

However, iPhone users, especially the ones who are still using the older devices, can do nothing but see Android users enjoy the Gcam on their devices. Well, there can be any reason why users are still using an older iPhone, but one thing is for sure, they cannot enjoy the Night Mode features.

What if we tell you there is a way by which you can enjoy the Night Mode on your device too? 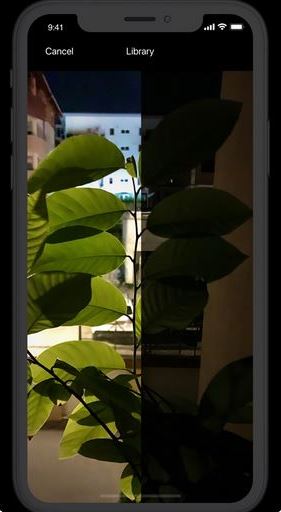 The Night Mode feature in iPhone arrived a little later with the iOS update. But, older devices like iPhone 6, iPhone 7, iPhone 8, iPhone XR cannot enjoy the Night Mode in their device. Even they are running the latest version of the iOS. It is because Apple is releasing the flagship Night Mode feature for new devices only.

If you are a user of an older iPhone, this article is definitely for you. As here, we will be introducing you to a new way by which you can enjoy the incredible Night Mode on your device too. Stick with us and read for more details.

As mentioned above, we will be telling you a secret. It’s not a secret; it’s more of a discovery.

There is an app called NeuralCam on the App Store, which lets you capture photos in the Night Mode—excited already? Well, we will be talking more about it right here.

NeuralCam is one of the app store apps for iOS that claims to provide you the Night Mode feature. Well, you can find 100+ apps claiming the same. But, NeuralCam is such a performer. It is what it is supposed to be—a clean, ad-free camera app with a clean user interface.

The Night Mode feature of NeuralCam kicks the competition out of the park very quickly. And you will see that in the output photos as well. The company has worked a lot on its machine learning and AI tech to get the best results even in a low-light environment.

So, how is it when compared to the default camera app? Well, for the devices like iPhone XR, which runs on the latest version of iOS but doesn’t have Night Mode, you will find a lot of difference with this mode switched on. And of course, we won’t talk about the photos in better lighting conditions as you should stick to iPhone’s default camera app for that.

You can check out the images below. The image depicts a comparison between shots taken using the default iPhone camera app vs. NeuralCam with Night Mode switched on.

The fantastic app is available for all iOS powered devices – iPhones as well as iPads. So, if you are an iPad user, you can still try this app out. We would also like to mention here that the app is not available for free. You will have to pay a small amount – $4.99 to download on your device.

The app is safe to use; we had no issues trying it out on our device. The UI is simple to use and easy to understand. You can download the app right away using the link mentioned below.

You might be wondering if this app purchase is worth your money or not. We can assure you that the app will deliver something you have never seen on your iPhone. The Night Mode feature is fantastic; you will definitely enjoy it.

If you are skeptical about the purchase and are certain that you won’t be using the Night Mode too much, you can skip buying it.
But, anyway, have fun if you are getting this app on your iPhone.